THE INSTITUTE OF ARTS: A TWENTY YEAR WAY

In May 2021, the Educational and Scientific Institute of Arts of Vasyl Stefanyk Precarpathian National University celebrates its twentieth anniversary. Created on the initiative of the then rector, academician of the National Academy of Pedagogical Sciences of Ukraine, Doctor of Pedagogical Sciences, Professor V. I. Kononenko on the basis of Art and Graphics Faculty and Music and Pedagogical Faculty, the Institute, with its significant achievements in fine and decorative-applied arts, musical, theatrical and choreographic arts, as well as in the field of design, has become a leading art school and scientific and methodological centre for the development of scientific research in the fields of art criticism, culturology, professional artistic education in Halychyna with significant scholarly and artistic potential.

The Institute of Arts has a significant research and educational potential; it consistently works on the modernization of the educational process and the improvement of practical training of future stage and concert performers, painters, designers, music teachers, choreographers, fine- and applied-art teachers. The primary tasks of the staff are to develop professional competence of their students and to encourage in them independence and creativity.

The Institute trains specialists in different fields of arts and artistic education in bachelor’s and master’s degree programs, and has all the opportunities to ensure the teachers’ scientific and professional growth as well as improve their pedagogical skills via master’s, postgraduate, doctoral and internship programmes. In particular, talented young people from Ivano-Frankivsk, Volyn, Zakarpattia, Lviv, Ternopil, Rivne, Khmelnytskyi, Kyiv, Poltava Regions and other regions of Ukraine, as well as the representatives of the Ukrainian diaspora, study in six areas of full-time and part-time training. The Institute of Arts was the first higher educational institution in Prykarpattia to offer education and training in the field of theatrical (performing) art. Degree project of 2008 graduates Sweet Darusia based on the novel of the same name by Maria Matios (workshop of People’s Artist of Ukraine, Professor Rostyslav Derzhypilskyi, General Director and Artistic Director of the Ivano-Frankivsk National Academic Drama Theatre named after Ivan Franko) was nominated for the Shevchenko National Prize, the category of Theatrical Arts.

The Educational and Scientific Institute of Arts is not only the leading educational and creative unit within the structure of the Vasyl Stefanyk Precarpathian National University, but also a strong research centre. Its scholars have significant achievements in the fields of culturology and art criticism.

The Institute of Arts is involved in several state-funded academic research projects. In particular, the scholars of the Department of Ukrainian Musical Studies and Folk and Instrumental Art have accomplished the research under the topic of The Ensemble Folk-and-Instrumental Tradition of Prykarpattia: The Interaction of Folklore and Academic Trends (directed by V. Dutchak, Doctor of Art Criticism, Professor). Since 2019, the exploration of a new topic has begun: The Art of the Ukrainian Diaspora of the 20th – Early 21st Centuries as a Functional System of National Culture. The project is funded from the general fund of the state budget. The objective of the work is to comprehensively address the system of stylistic, figurative-thematic and interpretive interaction and mutual influence of the Ukrainian diaspora art components during the 20th and early 21st centuries.

The human resources of the Institute grow significantly due to the training of scientific personnel through postgraduate and doctoral studies. Until 2017, the postgraduate programmes functioned in the specialties 17.00.03 Musical Art, 17.00.05 Fine Arts and 26.00.01 Theory and History of Culture. Starting from 2017, recruitment for postgraduate and doctoral studies has begun according to a new list of codes and specialties approved by the Resolution of the Cabinet of Ministers of Ukraine of 29 April 2015, No. 266, namely: 023 Fine Arts, Decorative Arts, Restoration, 025 Musical Art, 034 Culturology.

The Institute has its own scientific publication, Newsletter of Precarpathian University. Art Studies. The Journal’s Scientific Editor is V. Dutchak, Doctor of Art Criticism, Professor. The authors of scientific articles on art criticism include teachers and postgraduate students of Vasyl Stefanyk Precarpathian National University and other higher educational institutions of Ukraine, Canada, Poland, Slovakia, Slovenia, Romania and Belarus. They address theoretical and historical problems of the development of fine, musical, choreographic and theatrical arts. The scholars study the current issues of art culture of Halychyna and other regions of Ukraine, eastern and western Ukrainian diaspora, theory and practice of art education, performance and folk art.

The system of training scientific and pedagogical staff for the last three years has logically concluded with the opening of a specialized academic council with the function of awarding a candidate’s degree in Art Criticism (chaired by P. F. Krul, Doctor of Art Criticism, Professor, Academician of the Academy of Sciences of Higher Education of Ukraine). Its members are renowned Ukrainian scholars in the fields of culturology, decorative and applied arts. Over the twelve years of its existence, the council has established itself as an authoritative body of the scientific training system in Ukraine.

Dozens of international and all-Ukrainian art exhibitions have been held by the teams of art departments (Fine Arts Department, the Decorative Arts Department, the Design Department). Among them, there have been international exhibitions of works of fine, decorative and applied arts held abroad. The major of them include: I International Ex-Libris Triennial of Lefkas (Greece), The World of Levkas (Hungary, Lithuania, Latvia) – Bohdan Brynskyi, Volodymyr Sandiuk, Mykola Yakymechko; the International Exhibition of Graphics in Turkey – Petro Prokopiv; the International Symposium of Sculpture (Lithuania), Five Interpretations of Ukraine (Greece) – Volodymyr Sandiuk; PETROMANIA International Sculpture Symposium (Kamianets-Podilskyi) – Bohdan Hladkyi; all-Ukrainian exhibitions: Sacred Art of Ukraine in Kyiv – Volodymyr Lukan; Karpatskyi Khrebet (Carpathian Ridge) (Lviv, Chernivtsi) – Bohdan Boichuk, Bohdan Brynskyi, Volodymyr Sandiuk, Bohdan Hladkyi, Mykola Pavliuk, Viktoriia Typchuk, Svitlana Khmil. Within the framework of cooperation with the Krakow Academy of Arts, the international exhibition Artistic Creativity of Prykarpattia was held. It was organized by the Department of Visual Arts, Decorative and Applied Arts and Restoration. Two hundred works of the professors and students of the department were displayed there. The exhibition took place at the exhibition hall of the Krakow Academy of Arts and the Art Gallery of Tomaszowice.

The participation of the student youth of the Institute in international competitions and all-Ukrainian Olympiads provides the young artists with an opportunity to establish close contacts, make acquaintances and explore the artistic environment. Over twenty years, the students of the Institute have won numerous awards, diplomas and prizes at the all-Ukrainian subject Olympiads, competitions and festivals. In 2006, Iryna Semaniuk took first place in the second round of the All-Ukrainian Student Olympiad in Theory of Fine Arts held at the South Ukrainian National Pedagogical University named after K. D. Ushynskyi (Odesa), and Andrii Havryliuk took second place in Fine Arts. The jury of the Second Round of the All-Ukrainian Student Olympiad in Fine, Decorative and Applied Arts at Kryvyi Rih State Pedagogical University (2008) recognized the work of the student Yurii Pysar as the best in terms of the author’s solution of the fine art painting. Graphic works by Viktoriia Plotnikova and Mykola Kocherzhuk were included in the TOP-20 best works of the SMRC Ukraine-2012 competition and were exhibited in Los Angeles and San Francisco.

Art critics have highly praised international exhibitions organized by the Department of Visual Arts, Decorative and Applied Arts, and Design Methods of Teaching and the Institute of Arts of Koszalin University of Technology (the Republic of Poland) – Identification/Integration and Мigracie.

The Institute of Arts is constantly extending its international cooperation: specialists in the field of art education from far and near abroad are invited to explore the innovative forms and new artistic technologies. Creative meetings, practical seminars, workshops by leading educators and artists of foreign educational institutions of China, Poland, Slovenia, Romania, Italy, Greece and Belarus are of interest for students and teachers.

The Institute encourages its students to undertake new forms of artistic, creative and pedagogical activity. One of the main trends of teaching and educational process for the future specialists in the field of art is the creation and functioning of artistic groups that work in different styles and genres. In its work, the Institute of Arts maintains close ties with P. I. Tchaikovsky National Music Academy of Ukraine, Odesa National Music Academy named after A. V. Nezhdanova, Lviv National Music Academy named after M. V. Lysenko, Kyiv National I. K. Karpenko-Karyi Theatre, Cinema and Television University, National Academy of Management of Culture and Arts, with art departments of Ivan Franko National University of Lviv, Rivne State University of Humanities, Zhytomyr Ivan Franko State University, regional branches of national artistic groups of Ukraine, theatre and concert institutions, famous artistic folk authentic groups of the region.

The employees and students of the Institute enjoy productive scholarly and artistic cooperation with their peers from the University of Prešov (Prešov, Slovakia), the John Paul II Catholic University in Lublin, the Pomeranian Academy in Slupsk, the Jacob of Paradies University in Gorzów Wielkopolski, the Jan Grodek Higher Vocational State School in Sanok, the University of Rzeszów (Poland), the Centre of Studies of Belarusian Culture, Language and Literature of the National Academy of Sciences of Belarus, K. Krapiva Institute of Study of Arts, Ethnography and Folklore of the National Academy of Sciences of Belarus, and others.

The twenty-year path of the Educational and Scientific Institute of Arts within the structure of Vasyl Stefanyk Precarpathian National University testifies to its uniqueness, a phenomenal and peculiar character of the coordinated approach to teaching the humanities and arts, which allows it to become a leading educational, research and methodological as well as social and cultural centre. It is a highly renowned institution not only in Prykarpattia, but also far beyond the region. The staff of the educational institution has identified strategic tasks to be solved through the implementation of the idea of the national revival and development of the Ukrainian culture in educational, scientific and social activities. 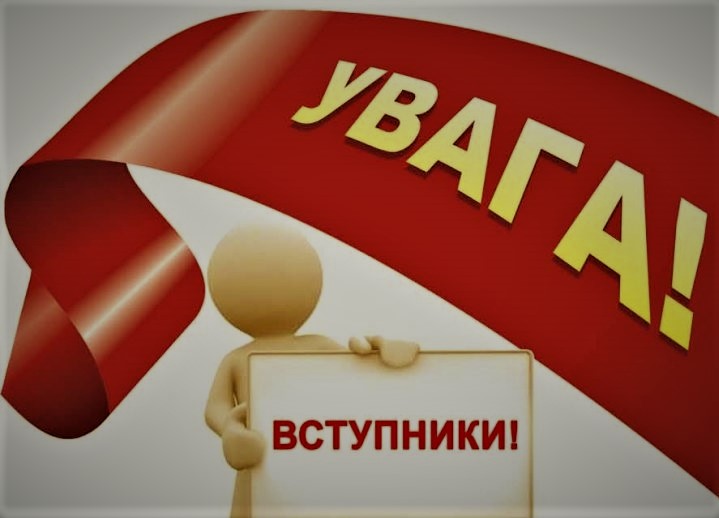